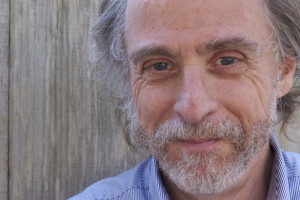 Ira Heilveil is a clinical psychologist, board certified behavior analyst, and private pilot.   He grew up around New York city, moving from the Bronx to Queens to Brooklyn, with a quick stopover in Framingham, Massachusetts when he was 10.  In high school he moved to Orange County, California, and then entered the U.C. system, first going to Irvine and then graduating from Santa Cruz, with a major in psychology, and minors in writing and photography.  He received his master’s in psychology from Murray State University in Kentucky and a Ph.D. from CSPP in Los Angeles.

He maintained a private practice as a psychologist for many years in Westwood and Glendale, and in the 1980’s worked first at the San Fernando Valley Child Guidance Clinic and then at Verdugo Mental Health Center, where he was the asst. clinical director.  In 1988 he started his own company, which developed into Pacific Child and Family Associates.  After roughly 25 years at the helm, his association with the company that came to a close.  Currently, he is asst. clinical professor of psychiatry at UCLA School of Medicine, and president and CEO of Touchstone Educational Consultants.

He has published two books– When Families Feud and Video in Mental Health Practice, as well as research articles, presentations and poetry in small literary journals and created and produced the film Autism in Love, selected by the 2015 Tribeca Film Festival and nominated for an Emmy award.   The film, directed by Matt Fuller, won several prestigious awards and premiered on television on the PBS series “Independent Lens.”  In 2013 he received the Distinguished Humanitarian Award from the California Psychological Association, in part because of his charitable work with autism in Armenia.  In 2013 and 2014 he was also given the Outstanding PBL Tutor Award at Geffen UCLA School of Medicine.

At a relatively late age (50) he fulfilled a lifelong dream of becoming a private pilot and through this blog he shares observations and insight about how flying airplanes relates to the struggles of everyday life.   You are invited to join the discussion by entering your email on the sidebar to receive free weekly posts of Clear For Takeoff.

10 thoughts on “About The Author”