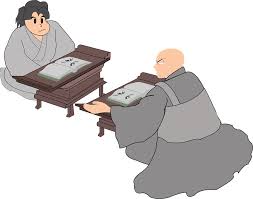 If you become a pilot you will be greeted with poetic terms such as “unusual attitudes” and “going missed.”   “Holding patterns” is pleasingly romantic, while “death spiral” could easily be a feature film title.   One term of which I have always been particularly fond is “angle of attack,” perhaps because I used to fence in college and the term, which is a key concept in aviation, has both martial and mathematical bits, and it’s alliterative to boot!

The goal in landing an airplane is to fly a “stabilized approach.”   Failing to do so often results in a “missed approach,” which is redolent of my entire adolescence, although words such as “awkward,” “clumsy,” “incompetent,” and “hopeless” could apply equally to teenage and airplane approaches.   The best I could manage in those awkward, clumsy, incompetent years as an adolescent was an occasional “touch and go.”  How life does imitate art.

When pilots fly “deadstick,” they have lost their engine power.   It’s a bit of a misnomer, in that the actual stick is alive and well– it just has no power behind it, but you really can’t beat the word for its rather perfect sexual connotation.   Conscientious pilots practice “deadstick landings,” which sadly describes some of my own geriatric tribulations.

And, just to get past the suggestive bits, when learning to fly on instruments pilots are taught the proper procedure for “entering holds.” I imagine that is also something pilots have in common with wrestlers.

While it isn’t required, the best among us get “spin and stall training,” which would have helped me once years ago when I stalled in front of more than a hundred people while giving a presentation at a psychology conference. It was difficult to recall in which order I needed to reduce power, slam on the rudder and level my ailerons.

We learn not to “scud run” and aviation lore tells us about “barnstormers.” I’m not exactly sure what a “barnstorm” is, but it sure sounds awesome. Somehow I imagine a bunch of drunken, squaredancing cowboys in too-tight boots and cowgirls in fripperies frenetically whooping it up on a Saturday night.

Speaking of cowboys, pilots learn how to lasso, but we spell it LAHSO, which stands for “land and hold short operations.” This could be the title of a chapter in the Kama Sutra, or something you wished your father had told you about. Pilots land with a flare, not just because it’s pretty, but also because it increases drag.   Too much flare, I imagine, can turn you into a drag queen, potentially resulting in a tail strike.

Most pilots speak French, although they often don’t know it.   “Mayday” is merely the Anglicization of venez m’aider (come help me) or simply m’aidez (better get off your ass and help me now), and pan-pan (the urgency call) is simply the French word for bread.   No, wait, that’s Spanish. It’s actually the French word for “breakdown,” as in “you’re really a pannes in the neck.”

When you fly an airplane, you are controlling three things: pitch, roll, and yaw.   I can’t help wonder if Bill Haley or one of the other Comets took flying lessons thus inspiring the classic song “Shake, Rattle and Roll.”   The latter might, on second thought, be a better description of flying through turbulence.

“Dead Reckoning” is not what a jury does when considering the consequences of an accused’s misbehavior, but rather a shorthand derived from “deductive reckoning,” a form of navigation based on computing timing between visual cues.   Both, however, may have a similar result. (Full disclosure: some historians believe “dead reckoning” stems from following straight roads, as in “dead ahead.”)

I love practicing “accelerated stalls,” which, although it sounds like a contradiction, can happen if you rotate too much on takeoff.   I think it is also the process behind stuttering.

Enough already.  Before I get behind the airplane and lose control, I should quit today’s aerolinguistics lesson.   Don’t know about you, but I need to pitch, roll and yaw my way out of bed, take a shower and go to the scale and compute my load factor.   Hopefully, there won’t be too much turbulence ahead.