What was that errand I needed to do in San Jose?    As the waves keep rolling to the shore, there was Dennis Skaggs.    I met Dennis in late 1969 when he was the high school photographer and I was made the editor of the school paper (the 4-page, offset-printed cleverly titled “Paw Prints” after the lobo school mascot).  I was a fledgling photographer, developing film in my closet since childhood, and we became fast friends (though he never let me step foot in his darkroom, which was his temenos).  Dennis became my first roommate when I moved out of my house at 18 to go to college. 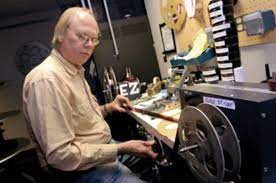 Before stepping foot in a cockpit, Dennis gave me what had been the biggest sensual thrill up to that point in my life, and for years to come.   With the heat and radio blasting, ocean waves crashing to the left and mountains rising to the right, he drove me up the Pacific Coast Highway one night in his topless Triumph TR3 sports car way too fast for comfort.   White-knuckled from grabbing whatever surface I could, I occasionally asked him to slow down, but he had traveled those roads many times before and had no interest in the slow life.

After graduating college, or during, he made a living as a projectionist in movie theaters.   I once met him at work in the projection booth at a pornographic movie theater in San Jose.  His job included cleaning the seats after the last show, an image even more disturbing than those on the screen.   Dennis eventually became a founding partner in a chain of 21 movie theaters in San Jose.

We reconnected for breakfast after a 30-year hiatus at a classic San Jose diner, where he proposed a brilliant concept for a new business that the next day I agreed to embark on in our golden years, but due to our mutual failing health never got around to fully executing.  He also introduced me to CinemaCon, the large Las Vegas conference for movie distributors where studios introduce their films to theater owners.

A few years back, always kind, sweet, quirky, with a quick and easy laugh, tall, awkward-gaited Dennis was diagnosed with ALS—“Lou Gehrig’s disease”—and he gradually lost the use of his muscles until the world lost him in September.  He was 67.

I flew up to San Jose because, according to his remarkable wife Susan Godman, Dennis decided that he wanted his collection of vintage 16 and 35mm films to be left to me, along with an old analog 35mm projector, and I needed to assess my capability of transporting them all to Southern California.  Among the films he himself had made was a short, silent satirical rendition of Bergman’s “Seventh Seal”, which Dennis called the “Seventh Steal”.   He cast me in the lead role, and I don’t recall (come on, it’s been over 50 years!) much of it other than, I think, me stealing something and riding off on a horse down the Santa Ana riverbed.   Before Dennis died, Susan attempted to find it among his collection but it was likely lost to the ravages of time, as seems to happen to us all.  Gonna miss you, sweet friend. 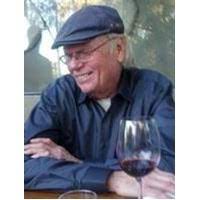 One thought on “There was Dennis”